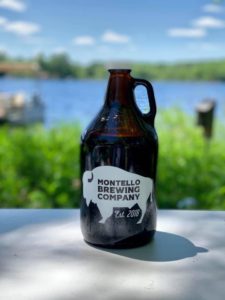 Welcome to Montello Brewing Company. At Montello Brewing Company we take pride in brewing beers that speak to the heritage of Montello and the surrounding area, first as a central span in the waterway transportation system that enabled exploration and commerce, and later as the home to the Wisconsin Granite Company, a business that was the economic engine of the town for nearly 100 years.

Long before Montello (est. 1852) and the surrounding lakes became a summer and sporting playground, the Fox River played a significant role in the history of Wisconsin. The name “Montello” is a French derivative of “Mont et L’eau,” meaning hill and water, and the central Wisconsin waterways were a longtime hub for transportation and commerce. In the late 1880’s the Wisconsin Granite Company opened operation in the town, and served as the economic engine for the region until it was shut down in 1976.

Our beers pay homage to this rich history.